Most young children have “ants in their pants” and find it hard to sit still. Some are quiet and introverted. This may be part of their personality or simply a phase in their development. When do you start worrying that abnormal behaviour is a sign of ADHD or autism?

Young children can be impulsive and messy – or they can be worryingly quiet. They go through periods of defiance and develop in stages. In some cases, a child's behaviour can be so hard to handle that any kind of routine becomes almost impossible. These problems may be caused by ADHD or autism. Investigations and additional help often only become relevant when the child reaches school age, but some children are diagnosed much earlier.
The diagnosis may feel like an explanation when nothing feels right, and can entitle the child to more support. Particularly with autism, the benefits of early diagnosis are emphasised for this very reason.
In order to carry out an investigation or make what is known as a neuropsychiatric diagnosis such as ADHD or autism, the child's difficulties must create serious problems in daily life.
People who have this problems of this nature may be extremely gifted in certain areas, and don't necessarily have any problems at all in the right environment.

ADHD
It is thought that one in twenty kids have ADHD, which is short for Attention Deficit Hyperactivity Disorder. The problems associated with ADHD often remain present into adulthood, but tend to improve as we learn to understand and manage them better. ADHD has various probable causes, one of which is genetics.

There is no simple test to establish whether your child has ADHD. When there are serious problems with day-to-day living, a thorough investigation will be carried out, including interviews with people who are close to your child, and psychological and medical tests.

If a child has problems with certain things, these may be early signs of ADHD:

• Impulse control. The child reacts without thinking and has mood swings.

• Hyperactivity. Social interaction with other children is never properly relaxed, and games are often broken up and interrupted.

But ADHD can manifest in many different ways, and is actually a collective term for several different conditions.

• ADD is like ADHD but without the hyperactivity. It is more commonly found in girls. Children are easily distracted and have no attention span, but are not hyperactive.

• The condition formerly known in some countries as DAMP is a form of ADHD which also includes problems with coordination. Sometimes children also have difficult in interpreting impressions from things they see, hear and touch. Rather than DAMP, today is it usually referred to as ADHD combined with DCD: Developmental Coordination Disorder.

Regardless of what your child's symptoms are, you always have the right to seek help from a Child and Adolescent Psychiatry Service, or from your paediatric clinic. Your child should be able to get special needs support at nursery if required. For example, they may need an adult to sit with them and guide their games, or help with routines and structure. The way they are treated by others is hugely important.
We also know that some children with ADHD issues grow out of them and no longer fit the criteria after a few years.

Autism
Autism is a neuropsychiatric disability which, among other things, make it hard for the child to understand and interpret the surrounding world.
If you think you are not properly in touch with your child, perhaps you should think about whether autism is the cause. It's difficult to diagnose definitively in very young children.

From 18 months of age, warning signs in children can include
• not responding to their name being called.
• not making eye contact with you the way other children do.
• not playing “make believe”, e.g. pretending that a building block is a car.
• not pointing at things to make you look at them.

Later on, children with autism often
• have delayed speech development, or don't speak at all.
• prefer to play alone, mainly with hard things and often in a repetitive way – like sitting and spinning a toy's wheels for ages.
• respond differently to unexpected noises or low sounds.
• move in a slightly unusual way – e.g. rocking, walking on tiptoe or waving their arms.
• react to cold differently from other children.
• have a special interest, or are fascinated by a specific toy or activity.
• are frustrated by change, interruption to routines or things being moved around in the home.
• have difficulty understanding implied statements (for example, “Can you open the window?" can be interpreted as a yes/no question instead of an appeal. It's better to say “Open the window" to a child with autism.)

Some children can display many of these symptoms but do not have autism. If you are concerned, contact your paediatric clinic or a paediatric psychiatric clinic for an assessment.

Autism is generally diagnosed when children are aged four to five, but the signs tend to be spotted at two or three years of age. An early diagnosis can be important in helping the child with play and communication, and to understand the child better.
Studies show that less than one percent of the population of Sweden has some form of autism. But many more children are thought to have what are known as autistic traits.
Autism is more common in boys than girls.
About half of all children with autism have some kind of developmental disorder. Autistic syndrome is a more severe form of autism.
It is important that autistic children have regular routines in a familiar environment – both at home and at nursery. Special needs educational methods can help children with autism.

Asperger syndrome
If a person with autism is normally or highly gifted, this tends to be called “high-functioning autism”. Sometimes these children are given a diagnosis of Asperger syndrome.
Children with Asperger syndrome can find it hard to read body language and tone of voice, causing problems with communication and social interaction. As with autism, they may have a particular interest that takes up a lot of time. 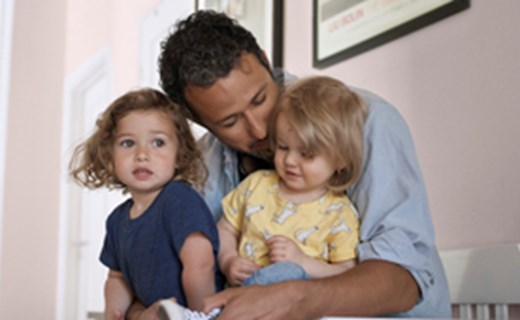 Twins and how to help them both develop optimally 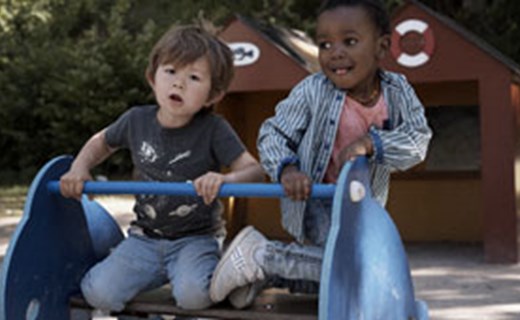 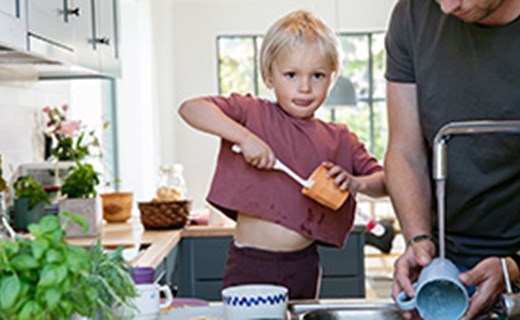